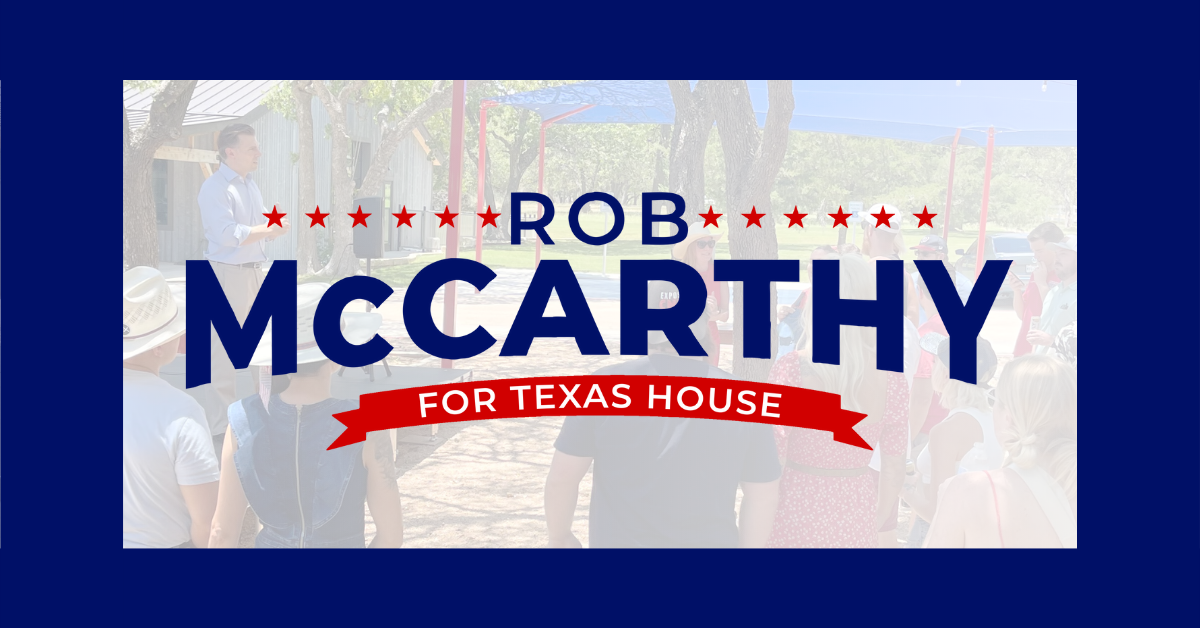 “Travis County is in peril. Liberal overreach in our community seeks to gut our police force, smother our small businesses, and silence parents’ voices in education,” said McCarthy. “I am running to bring back common-sense conservative principles to House District 47. I am committed to lowering our tax burdens so families and businesses can thrive, keeping our families safe, and defending our personal liberties from government overreach.”

A lifelong Republican, McCarthy studied political science and international relations at the University of Southern California before serving as a senior aide to current Republican House Minority Leader Kevin McCarthy. In that capacity, Rob helped lead a team of legislative staff that played a key role in cutting red tape for private businesses and taking steps to streamline the process for veterans seeking medical care through the VA.

After leaving Washington, Rob earned an MBA and was hired as Business Development Director for Lightspeed Systems, an education software security company, where he oversaw consistent growth and reduced inefficacy leading his region to profitability for the first time in company history.

Rob will always stand up for our first responders, defend our constitutional rights, and remain committed to fixing our broken immigration system. Rob and his wife Sydney are proud parents of two-and-a-half-year-old Samantha.